BP launched on the 11th of June their 2019 Statistical Energy Review. The data published every year as part of this review is very valuable for anyone working in the energy sector, with detailed information about world energy consumption (and production), CO2 emissions by source, per geographical area, per country, etc. Along with this information, BP releases a report, where the data is visualised through different graphical displays. Looking at the 2018 edition, we have seen that they use a very typical graph to report energy trends: the stacked area display, which is also used by other very well known institutions like the International Energy Agency (IEA). Nevertheless, staked area graphs –actually stacked graphs in general– are quite ineffective. Let’s explore why.

We will discuss the particular graph below, which shows the World energy consumption by source, from 1992 until 2017. Each source is represented by an area, and each are is stacked one on top of each other until reaching the total consumption.

What are the main problems of such a graph? Namely:

The colours and design are not suited for a colourblind person

The display uses a legend to identify the energy sources, which forces reading the graph in two steps. Furthermore, the chosen palette of colours is unfortunate for a colourblind person. Here’s how a protanope (red-color blind) would see it:

Oil (originally in green), nuclear (originally in orange) and renewables (originally in light orange) cannot be well distinguished by a person with colour deficiency. As we discussed in this post, colourblindness is much more common than we thing. By using legends and not paying attention to the selected colours, BP’s graph is unreadable for a great part of the population.

Would you be able to say whether nuclear consumption changed in the last years or whether it remain constant? What about hydroelectricity, how much did it increase? How does coal consumption relate to oil consumption? Answering to these questions is quite tricky with a stacked area graph.

Let’s take the example of renewables, which come after oil, natural gas, nuclear and hydroelectricity in the stacking. It is obvious that the financial crisis in 2009 influenced energy consumption, but how were renewables in particular affected? Were they actually affected at all? It is impossible to figure this out in the stacked area graph.

What would be an alternative to such a graph?

It all comes down to the message that we want to communicate. Ideally, the caption of a figure should give us a hint. Let’s look at what BP writes in their report:

World primary energy consumption grew by 2.2% in 2017, up from 1.2% in 2016 and the highest since 2013. Growth was below average in Asia Pacific, the Middle East and S. & Cent. America but above average in other regions. All fuels except coal and hydroelectricity grew at above-average rates. Natural gas provided the largest increment to energy consumption at 83 million tonnes of oil equivalent (mtoe), followed by renewable power (69 mtoe) and oil (65 mtoe).

None of these messages can be actually withdrawn from the graph… As an alternative to the stacked area graph, we have produced the displays below in order to unveil the real value of the data.

A line graph that shows the evolution of each energy source

Which clearly shows, among other messages, that:

In order to display the growth rates of total world energy consumption and of consumption per energy source, we have utilised small multiples. The same plot is repeated seven times, each one of them highlighting one line. Total consumption is placed first; then, each energy source appears in descending order according to the growth rate in the last year. From this graph, it is clear that renewables are growing at substantially higher rates than the rest of energy sources. Although fossil fuels appear like increasing fast in the previous graph, their growth rates are not as high.

A line graph to compare energy consumption by geographical area

This line graph highlights the impressive growth on energy consumption in Asia Pacific since 2000, probably due to industrialisation in China. Its consumption almost doubles the one in North America. On the other hand, Europe has remained constant at around 2000 mote for the last 25 years.

A bar chart comparing growth per region in the last year

A bar chart allows quickly comparing different categories of one variable. If plotted horizontally, we have enough space for writing down the categories without having to tilt them. Moreover, we’ve shown them in ascending order so that it’s immediately evident which region grew the most, which the least and which ones were below or above average.

Our take-away lesson: focus on the messages, don’t follow the default.

BP’s data is so rich that has allowed us to produce four different graphs (and we could go on plotting), all transmitting a different key message. By using the ‘default’ stacked area graph, so often seen in the energy scene, BP ended up making a mistake when reporting the growth by area. As we highlight in our graph training, our take-away lesson is: plot the data, focus on the message (adapt the graph to it) and never trust the defaults.

Last 26th of May European elections took place. In Belgium, people also voted for the 150 deputies who are part of the Chamber of Representatives as part of the federal elections. The following day, newspapers, webpages and television news were flooded with graphs showing the results. But are these graphs effective in transmitting the key messages?

How the press reported the results

Let’s take an example. The graph below is extracted from the Belgian newspaper Le Soir and it is similar to the ones that La Libre Belgique and L’Echo reported. It shows the distribution of seats in the parliament, comparing the results between 2014 and 2019.

We believe that this is an ineffective way of reporting and contrasting election results for several reasons. The main problem is the difficulty to get the main messages after a first glance. The results of 2014 are shown in a light blue bar which does not work well when there has been an increase in votes. To get the numbers of 2014 we need to look at the number of seats in 2019 and reduce (if we get a green arrow facing upwards) or increase (if the arrow is red and downwards) the grey number.

In this bar chart it is almost impossible to appreciate (unless we look at it for a while) that the far-left PTB*PVDA party had 0 representatives in 2014 but 12 in 2019. Or that the extremists Vlaams Belang increased from 3 seats in 2014 to 18 seats in 2019. The green parties (Ecolo and Green) are separated by several bars, so we can’t directly appreciate that there’s been a green wave. In essence, bar charts like this one require quite a lot of time to understand and draw conclusions

What would be an effective alternative?

We’ve re-worked the graph of Le Soir into what Edward Tufte calls a table-graphic. The chart, when read vertically, ranks the 13 parties by number of seats in the parliament in 2014 and 2019. The names of the parties are spaced in proportion to the number of seats. Across the two columns, the paired comparisons show how the numbers have changed over the two election years. The slopes are also compared by reading down the collection of lines, and lines of unusual slope stand out from the overall downward pattern.

In this re-worked graph, the messages clearly stand out (as opposed to the bar chart):

If you’d like to know more about how to get the most out of your data and produce graphs that effectively visualise your messages join our training: Figures of evidence: uncover the real value of your data by making effective graphs. We are offering an independently organised version of this training on the 28th of June in Brussels, register here, there are still places available! 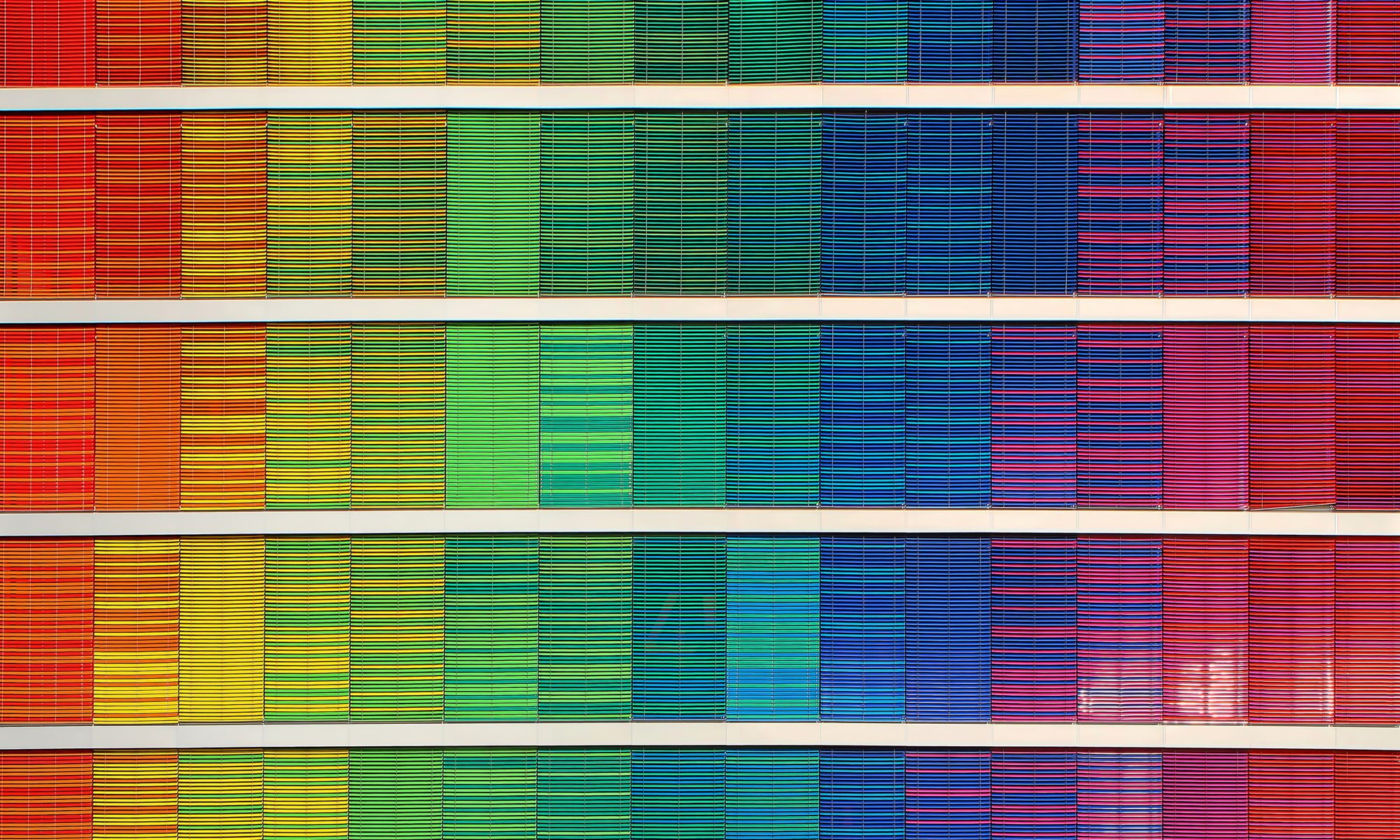 Did you know that one in twelve Caucasian (8%), one in 20 Asian (5%) and one in 25 African (4%) males are colourblind? For the case of women, the probability goes down to one in 200 (0.5%). Still, this means that there are always colourblind people among the readers and the audience of the reports, papers and presentations that you produce. In academia, assuming that your next journal paper is reviewed by three white males (which is rather likely given the population in science nowadays), the probability that at least one of them is colourblind is 22%.

END_OF_DOCUMENT_TOKEN_TO_BE_REPLACED

As much as we love graphs, there are certain types that we don’t find effective. Graphs are all about displaying your data. To us pie charts are hiding your data. Check out the video for the alternatives.

END_OF_DOCUMENT_TOKEN_TO_BE_REPLACED 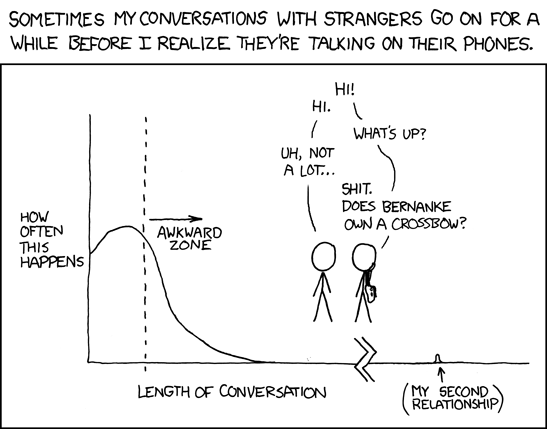 A very inspiring video from Jean Luc Doumont on effective graphical displays reminded me how much it would be nice to have a simple tool able to produce them. END_OF_DOCUMENT_TOKEN_TO_BE_REPLACED